The Sant Genís Festival of Torroella de Montgrí has ​​become one of the main cultural and civic shows in the city. For decades, the festival is perfectly ritualized and responds to a scheme that has been adapted and extended over time, without suffering modifications that altered the essence and genuine nature. The program presents a wide range of acts and festive elements that reflect, to a great extent, the spirit of Torroelen. Its wealth lies not only in the diversity of programmed proposals but in the way in which neighbors and neighbors live a few days that allow strengthening ties and social cohesion. Also, its territorial leadership aspect is undeniable, as it has historically become a festive and social reference for many neighbors and many neighboring villages in the Baix Ter area.

Although most acts are fixed, there are also mobiles depending on the annual calendar and how they fall on weekends. This means that the central period of the festival, which is always 24 (vigil of Sant Genís) on August 28, is preceded by an important proposal of previous acts, such as the presentation of the Book of the Festa Major or the Correfoc dels Ducs del Foc and Correfoc dels Petits, with the Mussolets and the Dukes of Fire, among others.local art show.

The central day of the festival is August 25, the day of Sant Genís, patron saint and protector of the town and to whom the parochial church is dedicated, a remarkable gothic building. The day before, however, the opening of the opening ceremony takes place in the framework of a massive dinner popular at John Lennon Gardens, which, despite the changes, has been able to maintain its founding spirit of brotherhood and citizen participation.

For some years, before going to dinner, the institutional act of delivery of the Montgrí Medals took place, a prize instituted by the City Council in 1985 with the aim of rewarding a maximum of three people, entities or companies That have been highlighted, in any aspect, in the municipality.

Popular culture has its central role on the 25th in the morning during the traditional parade, with the participation of all the elements of the imaginary local holiday and other invited groups. The two pairs of giants of the municipality, those of Torroella de Montgrí and els de l’Estartit, are involved, accompanied by the Grallers del Montgrí, the big heads and the Xatis. The giants of Torroella de Montgrí have more than 400 years of history and are documented for the first time in 1608.

This day also celebrates the solemn mass sung in the church and then the giants dance and a large sardana dance performed with Cobla Foment del Montgrí. In the afternoon, the sardana retakes the protagonism with an audition with the Foment del Montgrí and El Montgrins, the other local orchestra-orchestra orchestra. Torroella has a close relationship with the sardana world: it has been the birthplace of great cobla musicians and great sardana composers. In addition, one of the most remarkable historical events in relation to the world of the Sardana took place in the Plaça de la Vila in Torroella de Montgrí, when in 1844 the sardana was danced, for the first time in our country, with his current castings. For all this, the sardana continues to have a strong presence during the party.

On the following day the explosive Vermouth is celebrated in the morning and the Cercabirres at night, that culminates with an alternative pregon that makes a review of some of the events happened to the town and the country in the last year in satirical key.

During the days that the festival lasts, the art also has its role with the Exhibition of Local Art, a show that has been organized since 1962 and in which several sports championships are held (table tennis since 1981, football, petanque, chess, etc.), children’s entertainment shows, puppets, music concerts, dances, theatrical performances, among others.

The party is held, preferably on the street, in different settings, one of which is the Barracks space, which in recent years has become a multigenerational meeting point where entities and youth have a special role.

The party has also become an element of territorial leadership and economic dynamism. Historically, it has attracted many people from the villages of the area and the programmed events have become, for decades, more attractive for the large amount that during these days spend their holidays in the municipality or the area. 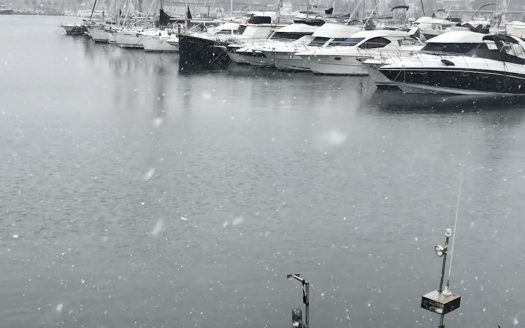 And finally the SNOW PREVIOUS NEEDS have bee... Elegant, disciplined and with great force of...

Princes and Princesses on the beach of l’Estartit.
Embassy by the Baix Empordà