TAXATION OF PERSONS NOT RESIDENT IN SPAIN

Taxation of non-resident individuals (without permanent) in Spain in relation to income and gains from the ownership and transfer of real estate in Spain.

The legislation does not define a non-resident as referred in the case of individuals in Article 9 of Law 35/2006 of 28 November, regulating income tax for residents who states the following,

An individual resident in Spain when either of the following circumstances:

a) is more than 183 days during the calendar year in Spain. To determine the period of stay in Spain sporadic absences will be counted, unless the taxpayer demonstrates its tax residence in another country.
In the case of countries or territories considered tax haven tax administration may be required to prove the remaining 183 days in this calendar year.

b) that lie at the core or Spain based its activities or financial interests, directly or indirectly.
It is presumed, unless evidence to the contrary, that the taxpayer has his habitual residence in Spain when, according to the above criteria, usually reside in Spain not legally separated spouse and dependent minor children of the taxpayer.

Conversely, an individual shall be considered non-resident in Spain when not met any of the previously mentioned.

An individual is a resident or nonresident for the entire calendar year since the change of residence does not interrupt the tax period.

The IRPF are liable to persons who are not residents who obtain income in Spain.

A person who is not resident for tax purposes in Spain and is the owner of any property situated in urban country, shall be subject to:

A tribute-local, the Property Tax.

In Spain, each person is assigned a tax identification number that must appear on tax returns and in communications directed to the Tax Authorities. In general, when dealing with people of Spanish nationality, the NIF is the number of their National Identity Document (DNI) and, in the case of foreign nationals, the NIF is the personal identification number of Foreigners (NIE) is obtained at the Police Department or the Spanish Embassy or Consulate in the country of origin or residence.

With respect to individuals, there is an obligation to appoint representative in the following cases:

a) When it has a permanent establishment in Spain

b) In general, when carried out in Spain or activitas econòmiaues without permanent operations, provided that the tax base is the difference between income and expenses of personnel, supplies and Supply.

c) due to the amount and characteristics of the income from Spain, as required by the tax authorities.

Determination of the tax base, tax rate

Taxable income.
In general, the taxable income for the full amount will be reported without deducting any expenses. On capital gains, determined by the difference between the transfer value and the acquisition value properly updated.

Tax rate.
Tax rates expected to apply to Spanish domestic legislation and increased yields from the property or conveyances are:

The payment of tax comes at a time when understood from the lava, and the general principle is that of enforceability. When it comes to performance of real estate for own use, imputed income is accrued on the last day of the calendar year. In the case of increases in capital gains will be incurred when the property is occurring.

a) Rented, own use and unemployed: Taxation depend on whether the real property is leased or not:

1.En the case that the property is leased, generally, the tax base is the total amount for all items you receive from the lessee or subarrendatari, including, where appropriate, corresponding to those Assets leased the property and excluding the value added tax.

If the property is only rented part of the year should be calculated as described in the taxable preceding paragraph and the term of the rental. For the remaining period of not rented property must be made in accordance with the charging point 2. Next.

However, taxpayers resident in another EU member state, to determine the taxable amount of the leased property may deduct expenses under income tax law (Ll. 35/2006 of 28 November), provided certified that are directly related to the profits earned in Spain. When deducted expenses must be accredited and accompanying certificate of residence for tax purposes in an EU member state concerned.

Of the tax base should be paid from the general tax rate.

2.Si the property is not rented (used by the owner or is unoccupied) performance deemed as 2% of the assessed value of each property and on this basis to apply the general tax rate of 24.75% for the years 2012 and 2013. In case of real estate cadastral values ​​which have been revised or modified and entered into force as of 1-1-94, the estimated yield will be 1, 1%.

The payment takes place on the last day of the calendar year.

b) If the property is transmitted:

In general, the increases in wealth earned by non-residents without a permanent be determined by the difference between the transfer value and the acquisition value. To calculate these values ​​should be taken into account, inter alia, the following rules:

In the acquisition value should include expenses (registration, notary) and taxes (VAT, Transmission Capital …) paid by the purchaser. The cost also increased, to correct the effects of inflation through coefficients upgrade approved annually by the Budget Act of the State.
The cost would be decreased by the amount of depreciation practiced legally (if the property has been rented) duly updated and computing in any case the minimum repayment.

The transfer value will be decreased by the expenses and taxes related to the transfer have been paid by the seller.

A new transitional arrangements for capital gains generated by those assets purchased before 31-12-1994.

The new legislation maintains the application of these last coefficients, but establishes a new system of calculation, subject to taxation, that portion of the profit generated from 20 January 2006

Specifically when obtaining a capital gain must distinguish the benefit of:

It is understood that the gain obtained in a linear time, ie, it is considered that every day of the year has generated the same benefit. Thus, dividing profit by the number of days elapsed between the date of purchase and date of sale, we get the benefit per day.

The gains generated before 19 January 2006 will be entitled to offset coefficients, while the gain generated from January 20 shall not apply.

a) Withholding for rental of premises.
As indicated above, income paid to a non-resident in respect of rent business premises subject to taxation in the IRPF, the general rate of 24’75%. The withholding applicable to this type of return is 24’75%. In case you practice retention, reduced by the non-resident withholding tax liability of its supported.

b) Retention when buying a property to a non-resident.
The purchaser of a property owned by a nonresident without a permanent, is required to withhold and pay 3% of the consideration agreed in respect of payment of taxes on non-resident. The deposit must be made within one month from the date of transfer and by the model 211. However, the purchaser is not required to practice restraint and revenue by 3% in the following cases:

1.Quan transmitter proving their personal obligation subject to a certificate issued by the competent tax authorities.

2.Quan real estate provided in the constitution or raising capital for companies resident in Spain.

Refund of excess withholding:
In the case of withholdings are greater than the tax payable, is entitled to a refund of the excess withholding. The refund procedure begins with the filing of Statement 210 to the Branch corresponding to the location of the property conveyed. The refund is made by bank transfer to the account indicated in the statement. The account holder will own taxpayer or his representative, although in the case of the representative must be expressly authorized proof of the representation to receive the refund. In case you do not have to open up Spain may request a refund by check. Always attached to the unit declaration 210 “for non-resident” Model 211, which entered retention.

The administration will be forced to play provisional settlement within six months of the end of the deadline for submission of form 210. If the provisional payment is not made within the said period, the tax shall automatically return the excess over the amount subject to self. After six months without being cited has been ordered to pay back the government for reasons attributable to apply to pending refund amount corresponding default interest.
Wealth Tax

Non-residents must be made for this tax statement for assets located in Spain that possess December 31 of each year, with a minimum exemption of € 700,000.00 (although each region is responsible for modifying these limits). Catalonia has set the limit for exempt € 500,000.00 in the year 2012. The deadline for submission of this agreement is between the months of May and June of the calendar year immediately following the declaration referred to, and the presentation is mandatory telematics.

Value:
The urban buildings included in the statement taking the same value as the largest of the three following:
– The assessed value that appears on the receipt Annual Property Tax.
– The price or acquisition value.
– The receipt by the Administration, if a check was made to value the effects of other taxes.

This amount is taxable income and income tax payable, provided on the property there are no debts or other charges. The share of the tax is calculated on the basis of the tax scale is approved for the corresponding year.

A) Property Tax (I.B.I.)
It is a local tax, that is required by the municipalities, which have to pay property owners. All real property in each municipality are included in a census and are assigned a value (assessed value). Since the assessed value and applying the tax rate established by the City Council, you get the amount due. The payment is annual, for each property included in the census, issued a receipt for payment of the tax. The deadline to pay varies in each municipality.

B) Increase tax value urban land (Plus Municipal value).
This is an other municipal property tax volunteer for local councils, and records to obtain a theoretical increase in urban land value for the experiment. Accrued to the date of transfer of the property. In consideration of the transfer property, if the taxpayer is non-resident individual receives taxable status substitute person or entity that acquires the property. 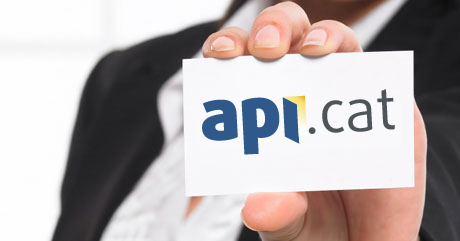 Why an API ? – Real State advace